I took a bus from Ho Chi Minh to Phnom Penh, Cambodia’s capital city. The first thing you can notice after passing the boarder is the quiet. Cambodians don’t continue to use their horns like Vietnamese. In Vietnam, after few days, I started thinking that their motorbikes were powered by the constant use of the horn and not by the gasoline.

When we arrived in the Cambodian’s capital we passed in a rich quartier with the bus. There were nice villas, nice cars, the streets were clean and there was a lot of police around. It’s been weird to see a quarter like that after two weeks in the messy Vietnam. But then the bus dropped us in front of the Russian Markets (which are very nice inside), and we came back to the standard Indochina. Hordes of tuk tuk came to us trying to sell us a trip to our hostel or wherever, and we finally chose one who told us to be very careful to the thieves and hold my camera and the backpacks very carefully.

Riel is the main currency in the Kingdom of Cambodia, but it’s now common to use the U.S Dollar everywhere, which is also possible to withdraw in every ATM. In fact Riel is now used only as change in the shops for the small amounts. The 2 $ banknote is not accepted in Cambodia (I don’t know why), but sometimes the shoppers try to give them to you with the change (because it has not value for them). You can take it, obviously, but you can’t use it in that country then.

Phnom Penh has 1.5 million people, which is nothing compared to the 8 millions in Hanoi or Saigon. This makes the city more tidy but, as I said, it depends on the quartier. The dirty and the trash is still everywhere in town anyway – like in ever place in that part of the world – and the criminality is perhaps more widespread than in Vietnam. Nothing happened to us but many people, like the tuk-tuk drivers or the hostel owners, warned us about walking around the city carrying our cameras or other objects, telling us to pay attention, always.

In Vietnam we never heard that by anybody.

We tried the Amokh (Cambodian national dish) during the first day in Phnom Penh; Amokh consists in a steam cooked fish with curry and wrapped in a banana leaf. It’s delicious.

Also in Cambodia the food is very cheap for our standards, but a bit more expensive than Vietnam. Anyway, the daily budget for accommodation in a hostel, breakfast, lunch and dinner (and few tuk-tuk trips) it could be around 20-25 $.

Tuk-tuk drivers usually speak a good English and they’re also tourist guides for travellers during the trips in the city. We met one of these guy who told us his name was “Emilio” – just after he knew we were Italians – but he has many other names, depending on the original Country of his customers.

Emilio, anyway, took us around with his tuk tuk and we visited the monkey temple, on the other side of Mekong river, a fishermen village and another Buddhist temple. During this tour in the town he told us many stories about the city, the buildings and the Khmer culture. For all this services we pay only 10 $ in four people.

The day after we finally got to Siem Reap (11 hours by bus), the starting place for a visit to the famous site of Angkor Wat and the Imperial city of Angkor Thom (in which you can visit other amazing temples like Bayon and Baphuon).

This place it’s been the most amazing one to me, during this short travel in Asia. It was very exciting entering in these ancient and ruined places and walking around in them, feeling the history of the Khmer Empire.

Built in the 12th century, Angkor Wat it’s the largest religious monument in the World. Originally was a Hindu temple, but then it becomes a Buddhist temple. It also appears on the national flag of Cambodia, becoming the most famous site of the Country, with its well-known architecture.

Local tuk tuk drivers try to catch every possible tourist or traveller to take them around the temple area for the whole day. They told us that it wasn’t possible to hire a scooter and see the temples by ourselves, and we should use a tuk tuk to visit Angkor. We didn’t trust them and the day after we rented a couple of scooter and we visited the temples in one day, by ourselves, doing whatever we wanted to do.

Remember to buy the ticket before getting to the temple area (turn right on the main road from Siem Reap to Angkor and search the ticket office), otherwise the staff will tell you to get back to the city and get the ticket, and it could be very annoying because it’s not so close to the temples. Luckily I knew this and we got the tickets at 5:30 in the morning, also avoiding a lot of people in Angkor Wat.

A big crowd of people is common in the area, anyway, from the middle of the morning till sunset. But the most disappointed thing it’s been seeing the local people trying to sell you EVERYTHING for all the day, also sending their own kids to convince you to go in their shops or restaurant. After your first refuse, they just start ask you 1 $ straight away. Just because you’re from the western world, you know.

They grow up in this way and it’s sad to see. Then, if you want to understand why they’re acting like that, well, it’s a long story and probably our civilization is the first we should blame.

We left Siem Reap after two days, with another sleeping bus to Sihanoukville, on the southern coast of Cambodia. The city is a shitty place, but it’s also the starting point to go to the amazing tropical islands of Koh Rong and Koh Rong Sanloem. Sihanoukville harbor area seems designed specifically for backpackers; the only Cambodians seen here are those who work in travel agencies or on tuk-tuk, for the rest they are all Europeans and Americans moved there or traveling. And the prices are in line with that.

We stayed five days on the magnificent island of Koh Rong, without hot water, without roads. Only beautiful beaches, some decrepit hostel with beach pubs and bungalows. In five days we spent about € 12 each for a room. It’s really worth it.

There are also numerous side activities, such as snorkeling, PADI certified diving courses, forest hikes and, of course, total beach relax.

It seems that the island has been sold by the Cambodian government to privates, who intend to turn it into a huge resort, equipped with a landing strip, in the middle of the jungle. Hurry up and see it before it becomes the Asian version of Ibiza or Sharm el-Sheik.

After leaving the island we took the last bus, the one for Bangkok. The journey it’s been endless, about 20 hours.

The Thai capital is the busiest city in the world, and I immediately agreed with anyone who drafted that ranking. Just think that the city has 15 million inhabitants, like adding Hanoi to Ho Chi Minh (madness).

We stayed only three days there, waiting for the flight back to Milan, but we still managed to visit several places, among which stands the temple Wat Pho, famous for the huge reclining Buddha.

In Bangkok it is very convenient to travel by ferry on the wide Chao Phraya river; they are very cheap and numerous. However, the city is huge and it is often necessary to use a taxi, bus or tuk-tuk.

Thailand is definitely the most Western nation of Asia (excluding Japan), more orderly and modern, but not without pollution and chaos.

In Asia I have always had the feeling that the Westerners have made a mess and have mainly exported negative things, or maybe they become so when they are implanted in poor and overcrowded countries, like these. Of course, even the local inhabitants themselves probably didn’t do so much to remain virgins from Western “progress”, losing some of their “pros” and taking some of our “cons”.

You always breathe a certain spirituality in Asia, but also the ever-increasing desire to resemble Westerners, their films, their actors and models. It’s a shame, in my opinion.

Although they are certainly more pleased to have smartphones and fashion jackets than to live and grow rice outside the city.

On October 13 I took a flight to Italy, which started from the huge Suvarnaabumi airport in Bangkok, with a stopover in Kiev. My trip was over, after more than a year.

Surely it’s been the most memorable and intense travel of my life, thanks to the places I visited, the activities I did and, above all, to the people known along the way.

After 385 days of travel between Australia and Indochina, I returned to Milan on a rainy day and, after less than two hours, I had already suffered the first delay of Trenitalia (Italian train line).

Except this, I was happy to come home.

Click here to see the whole photo gallery of my travel in Cambodia and Bangkok! 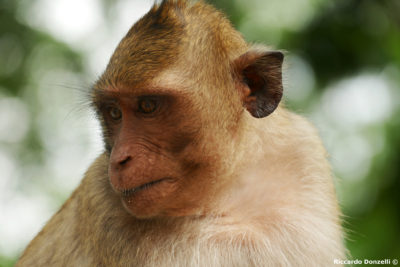 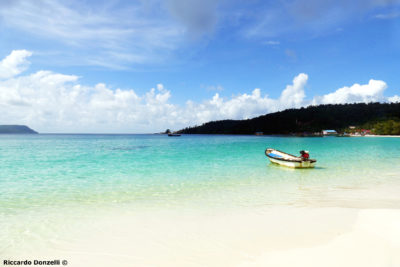 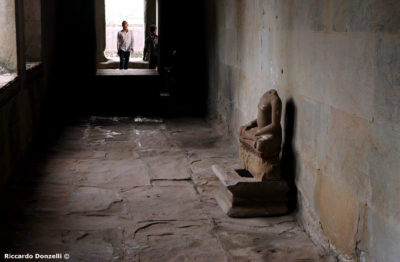 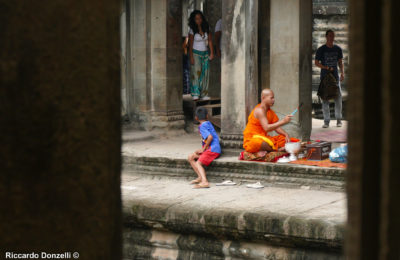 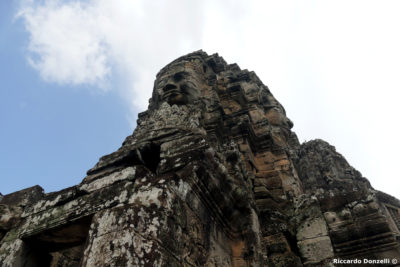 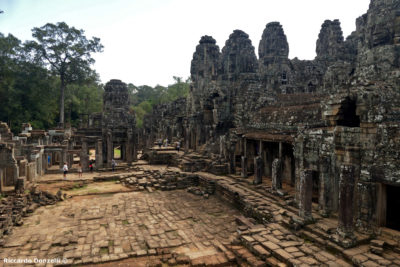 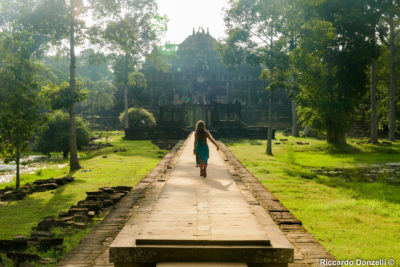 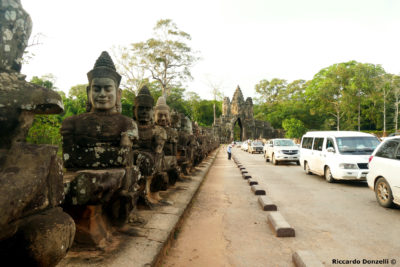 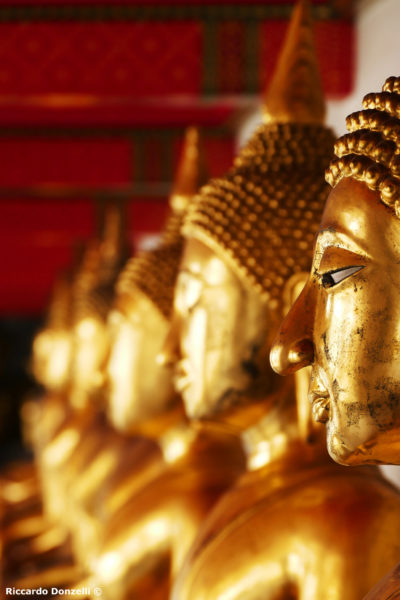 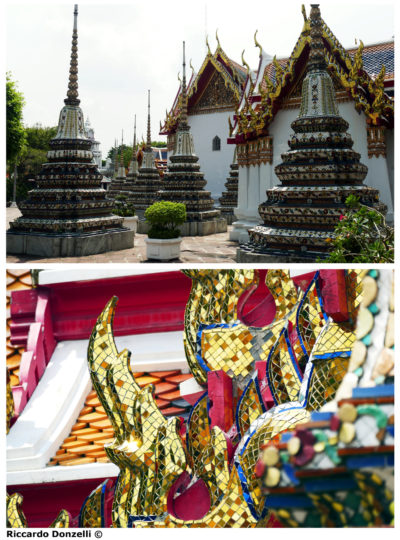 In Mui Ne (Vietnam) you will get a fine