After 45 days of road trip in the desert I stopped again, in the city “most city” of Australia.

As I said here, I arrived in Melbourne on April 12. In that moment I didn’t know how much time I would have stayed in the Capital city of Victoria, and although I was thinking to stay a couple of weeks, at the end I lived there for more than three months.

For the whole time I lived in the hostel Habitat HQ in St Kilda, less than 30 minutes far from Melbourne CBD by tram.

I have heard about many nice hostels in town and many terrible ones. At Habitat it’s been a nice stay. Everything it’s clean and new, the rooms are not so expensive – it depends on the season, I’ve payed 20 AUD/week for an 8-beds room – wi-fi is free within 500 MB per day, the parking lot is free (necessary if you got a car in Melbourne), and washing machine and dryer cost 4$ each (you can share the cost with a friend once a week, as I did with J or G).

Melbourne is a rapidly expanding city, they say it will pass the population of Sydney within five years. For seven years in a row it’s been nominated as World’s most liveable city, but for me it’s just a subjective opinion.

For me it’s been more liveable Perth, maybe because I’ve been there in summer, or because I prefer parks and chilling than a raving overpopulated city, I don’t know.

Anyway, Melbourne is the classic big metropolis, with a huge CBD (Central Business District) and A LOT of people from all over the world who run with a big coffee in a hand and a smartphone in the other, to get quickly from a shop to an office, from an office to a shop, “jumping” the street artists – who are everywhere – and the numerous students who are in the parks studying or fucking around.

Public transports are very good, usable with the Myki card (6,00 AUD to get one and 39,00 AUD to have a weekly pass) and free inside the “Free Tram Zone” (also the busses are free). You can use Myki with trains, trams and busses in the whole metropolitan area of Melbourne.

In the city you can see many new skyscrapers near others more classic and old-style, anyway even the old ones are not so old (if you’re used to the European meaning of “old”), because the city is just 200 years old. Melbourne, by the way, is chosen by a lot of world famous architects for their strange buildings, bridges, squares and other stuff.

The most important square is Federation Square, just in front of the Flinder Street Station, the main train station of the city. Federation Square is been my meeting point for the whole time I spent in Melbourne, because I usually arrived there by tram from St Kilda. It’s a very big and crowdy square where there are many events during all the year, even in winter.

Just few hundreds of meters far from Fed Square you can walk in the wonderful Hosier Lane, surrounded by graffiti for the entire lane. The particularity of these graffiti is that they change almost every day! Every day you can find new ones or people who are painting something new. 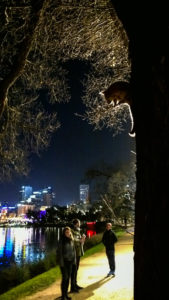 Yarra River area is full of these cute possums

In the same area around Flinder Station, just over the bridge on the Yarra River (the big river that pass in the middle of Melbourne) you can find the National Gallery of Victoria (free entry), The State Theatre, The Art Centre and the Opera Theatre. Not bad if you like art.

I also spent a lot of time in the Victoria State Library, where you can have free wi-fi, but also free usage of computers in the common area. It was our salvation when the temperature outside was around 4 degrees and we needed to stay in a warm and quiet place after a walk.

Another nice place that I liked was the Shrine of Remembrance, a big monument made for the people who served the country in the World Wars, with a really nice park around it.

If you stay in St Kilda, as I did, you’ll find a vibrating night life, with nice pubs and bars and a famous Luna Park, if you like that kind of stuff.

Just after the Luna Park you can walk on the St Kilda beach – it’s quite long but not so wide – and see the penguins at sunset if you’re lucky. I’ve been there once but it was too full of people and the penguins didn’t show up. It was a shame because I would have preferred to see them.

If you continue to walk to south you will get to Brighton Beach, with its famous cabins painted with many colours and symbols.

I also worked in Melbourne with different jobs. I did the kitchen hand in an Italian restaurant for a couple of weeks and then I delivered the White Pages, together with L and our Betsy. It’s been funny and unexpected, we were partners in crime delivering the books, throwing them on the door steps. They paid us 0,25 cent for every book delivered, and we usually delivered about 900-1000 books per day (only 3-4 days per week, we could chose). We did this job for a month and half and we saved some other money to continue our road trip.

The wages are generally lower in Victoria than Western Australia, and also the season (autumn/winter) was not so perfect to find good jobs.

If you’re going there in summer it’s different, like in the other big cities in Australia, there is a lot of job but also more competition between backpackers, so often it happens that some employers take advantage of you giving work-shifts with 60-70 hours per week, and the pay is still the minimum.

Actually I would never choose to live stably in Melbourne. If I have to choose a place in Australia, that will be definitely in the Perth area.

But, with hindsight, I can say that I really had nice moments in Melbourne too, and I will always remember it with a bittersweet mood, a way more bitter at the beginning due to personal things.

Anyway, from Melbourne also departs the “Spirit of Tasmania”, and we finally took it on 18 of July (we were in four this time).

The song I listened the most in Melbourne is this one.

Click here to see the complete gallery about Melbourne. 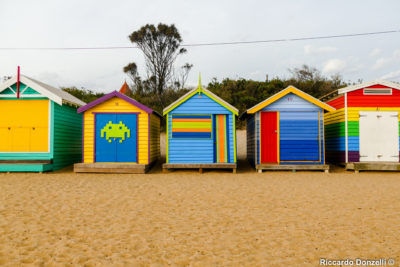 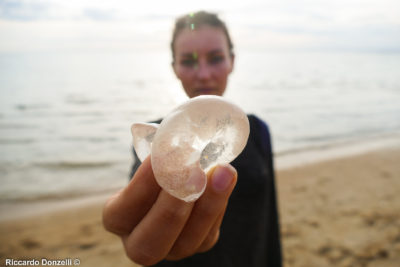 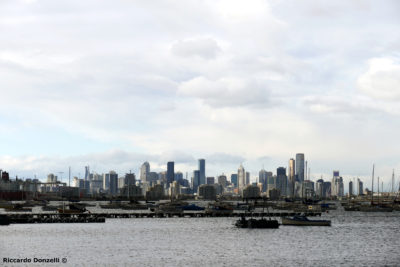 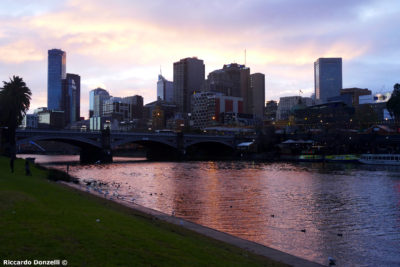 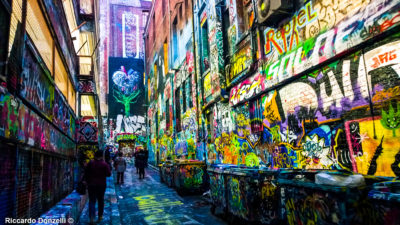 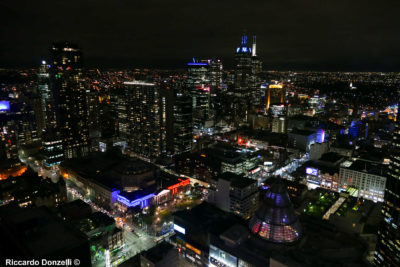 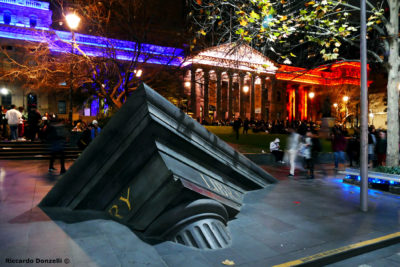 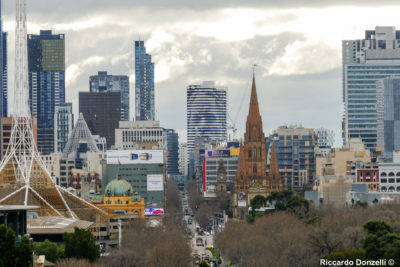