I’ve landed in Perth, capital of Western Australia, on 25 of September 2015. It was my very first day of my very first long travel abroad, alone.

I relearned english in the months before watching movies and series with original language. But, after the first days, this seemed not enough. When you have to face the real english people, for the first time, in their countries, with their mother tongue, it seems really hard.

During the first two weeks I lived in a hostel in East Perth, called Wickham Retreat, few hundreds meters from the Swan River, the big river that passes through the city of Perth.

Wickham is a simple hostel and I chose it just because it has many free services included in the price (very useful for backpackers): free breakfast, free wi-fi, free pasta and rice, free laundry and free washing powder. In the hostel there are six rooms for a total of about thirty guests, two kitchens and three toilettes. And it’s not a party hostel, important thing if you need to work while you live there. I recommend it.

In these first two weeks I’ve just walked around Perth discovering the city and I did all the paperwork. 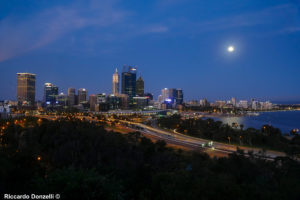 If you want to work in Australia with the Working-Holiday Visa you have to open a bank account and request the TFN number. Together with the Bank Account and TFN I purchased a sim card for my phone. I’m going to make a post for these annoying stuff.

My original plan was to make all this bureaucratic stuff and then leave Perth to find a job in the Margaret River area, working in some farm. But in these first two weeks I had a couple of job interviews with two companies which build stages for the live concerts (I’m a sound engineer). So I stayed.

After these first weeks I had to change hostel because my reservation was ended and I didn’t extend my stay in time (I wasn’t used to the hostel life, yet). So I moved to another hostel in Perth, Banjos Backpackers. It was huge and full of people. It’s been a trauma for a misanthropic person like me.

Just before leaving Wickham an incredible fact is happened: I met in the hostel two people G. and L. (boy + girl, just friends) from my same town in Italy! I didn’t know them before.

So, after the week at Banjos I came back to Wickham and I met them again. After a couple of days I decided to move in a share-house with them and I quit my plan to leave the city for the farms.

The guys told me that they were thinking about joining me in my road trip which would be start after five months of work in Perth, so I needed to work to save money and buy a car with them (later “Them” is became just “Her”, because He left for Melbourne after few weeks).

So I spent five months in Perth, and most of the time in a very fancy share-house in East Perth with L. and a couple of Korean chefs. I found a job as barista in a restaurant inside the Perth International Airport, and I did few casual jobs building stages for concerts and events.

To work in the bar I did a Coffee maker course (yes, I’m Italian and I did it in Perth) and I had to obtain the RSA (Responsible to Serve Alcohol), a certificate that allows you to serve alcohol to over 18 people. If you want to work in the hospitality you need to obtain this certificate, but you can do it easily after having followed an online course which costs about 30 AUD.

Another similar course it that one which allows you to obtain the White Card, compulsory to work in the Constructions. Same story, you can follow an online course for 30 AUD and you can get the Card by mail. 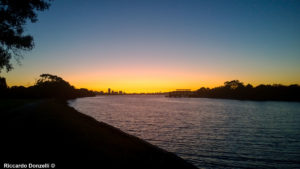 Perth has 2 million people and it’s excellently served by public transport company Transperth. The trains and busses are free in the FTZ (Free Transit Zone) and you have to pay only if you travel outside this area; anyway the highest price you can pay is 9$ for the longest ride. If you decide to stay in Perth for more than one or two weeks I suggest you to get the SmartRider card, useful to pay transports with 15% of discount.

During the day in the city there are also four free bus lines, called CAT (yellow, red, green and the blue one, which works until 1 AM to link Perth to Northbridge), that make four different loops around the city every 20 minutes circa. Not bad.

Perth is also full of parks. My favourite is the quiet Queens Gardens, but there is Hyde Park in Northbridge, the huge Kings Park, Langley Park and all the area against the Swan River in South Perth. All these parks have toilettes, services and some of them also have free electric barbecue ready to use.

In the middle of the Swan River there is the small Heirrison Island, which is like a “Natural reserve” where you can walk around and meet some free and wild kangaroos. They’ve been the first kangaroos I met in Australia, just after a few days.

In the city the life appears relaxed and slow, certainly more relaxed than the chaotic Melbourne, Brisbane or Sydney, and that’s why I love Perth.

Nightlife is impressive in Northbridge, full of pubs, night clubs and party hostels for everyone, but in East Perth or in the CBD (Central Business District) it’s way more quiet. For example you can’t even find a sushi restaurant open after 6 PM in the weekends and the other restaurants close at 9.

But the best attraction of the city are its beaches. The most important are Cottesloe and Scarborough (I prefer the second one), but there is also City Beach.

Few kilometres south of Perth there is the port city Fremantle. You can get there easily after 30 minutes by train.
I love Freo.
It’s a small old-style town with a lot of nice restaurants and pubs. It’s famous for its beautiful Markets (with ethnic food and everything) and for the Fremantle Prison, which worth a visit.
In the Fremantle Cemetery is also buried Bon Scott, former singer of AC/DC.
Obviously in Fremantle you will meet hordes of backpackers, hippies and street artists. 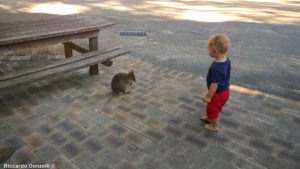 That’s a Quokka (on the left)

From Freo you can catch the ferry to Rottnest Island, a paradise island few kilometres far from the Perth shore. On this island you can move only by foot or bicycle. The beaches are stunning and the water is simply amazing.

The most famous resident of the island is the cute Quokka, a small marsupial who lives there and now severally protected by law.

I left Perth on 29 of February 2016 to start my Australian road trip.

Click here to go to the complete gallery of Perth!

P.S. Music is always been for me as necessary as water or blood, so I decided to insert a link to a song which reminds me the time I just wrote above. In Perth I spent five months so you get three songs this time, enjoy: one – two – three 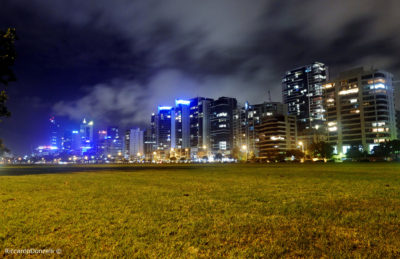 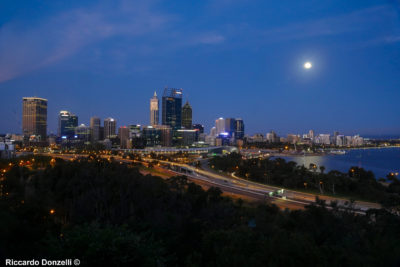 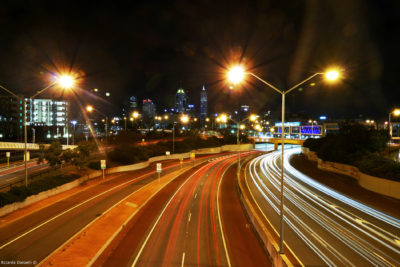 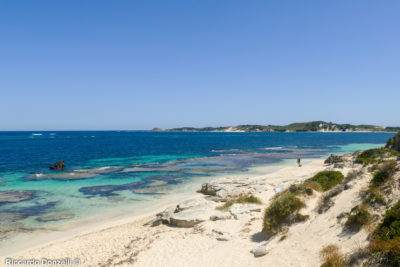 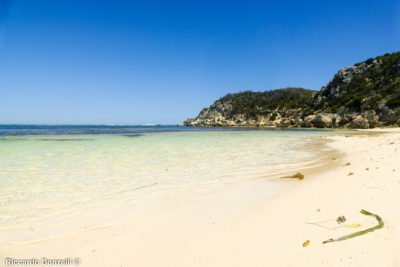 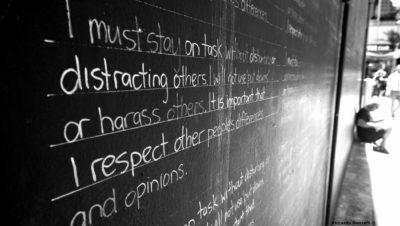 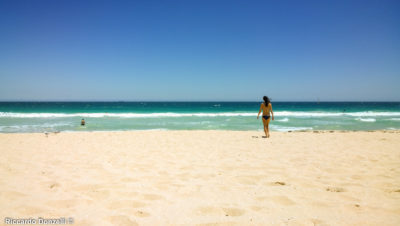 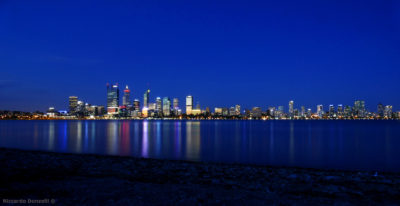 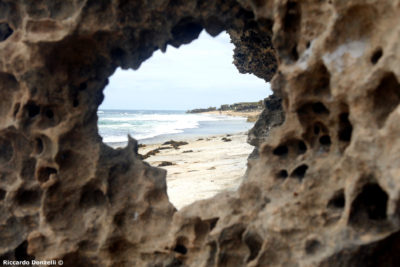 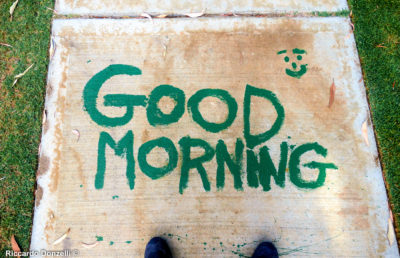 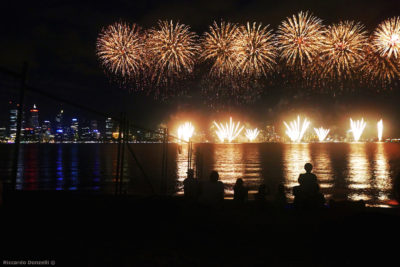 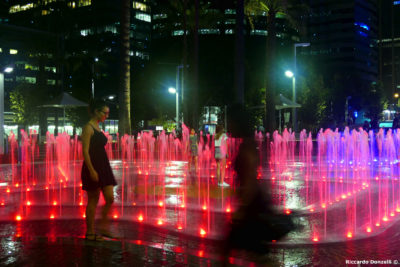 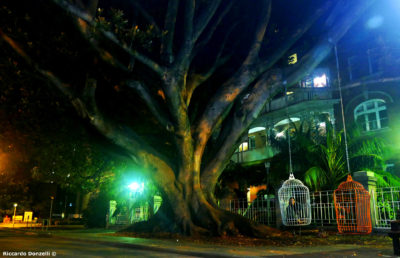 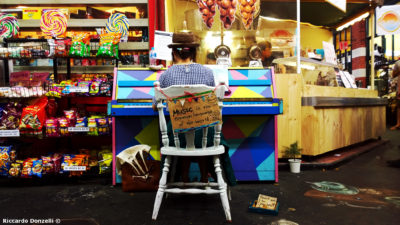