"A roadtrip in the Australian outback is an intimate and alien experience."

After we spent four days in Darwin, in that so called “Top End”, we started again driving south, excited to get in the heart of Australia, “cutting” the continent in half with our car, concluding our roadtrip Darwin-Melbourne.

The first day we crossed the Kakadu National Park, a very huge park one hour far from Darwin (entrance ticket 25,00 AUD each). We’ve been a bit disappointed because in that season (Wet Season at the end of march), the roads to the famous Jim Jim Falls are closed due to the heavy rains, so the main attraction of the park was closed. We heard many stories and we saw many pictures of that park during the “Dry Season”, and it seems really breathtaking.

Anyway even in the Wet season you can visit few interesting spots with aboriginal art and paintings.

Continuing driving south we stopped by the Mataranka Hot Springs (beautiful but too crowdy) and the near Bitter Spring, much more isolated. Both hot springs are a “must” if you pass there. You can regenerate yourself and get some “cool” before getting in the desert.

The third day we reached Devils Marbles, a place with many big rounded rocks as if the Devil had fun playng with marbles. That night we left the tropical zone and we slept right upon the Tropic of Capricorn line. From that point the weather became more dry and hot during the day, with cool nights, finally!

The day after we had a quick stop in Alice Springs, just to buy some food and stuff in Coles and then we have driven to Uluru-Kata Tjuta National Park, which is about six-hours far from Alice.

We stayed three days in the Yulara Camping site (if you pay two nights the third one is for free), because also the National Park ticket is valid for three days. Why not?

I’ve never been without words more than the moment when we got out of the car and we stared this huge Rock. It exudes magic, it’s alien. It’s absurd.

The first day was cloudy and that night, at sunset, after I took few shots of the rock, we got in the car – we were going to come back to the camping site – when the clouds suddenly open making the sun appear. It lights the rock like a big red lamp. I stuck the car and we got out to admire this magic and take other better pictures. We were literally excited.

We’ve been a way more excited the morning after, when we got to the Visitor Centre. The aboriginal stories are very touching, especially the videos you can see in the Centre, their expressions. Their eyes!

Obviously we didn’t climb the Rock. There is also a sign, in different languages, which asks to the tourist to don’t climb the Rock because it’s sacred for them. As an answer, many crowdy groups of tourists make a queue just on the side of the sign, ready to climb the rock. A nice demonstration of the human qualities.

30 km far from Uluru there is Kata Tjuta, a group of 36 monoliths, which look like a bunch of small “Ulurus”.

If you’re planning to reach the Australian Red Centre, you can not avoid to spend three days in this Park, admiring this rocks at sunrise and sunset.

The first of April we left the park and also the Northern Territory. In South Australia we reached Coober Pedy, the world capital of opal, where the locals have built pubs, houses and Churches underground, to avoid the extreme high temperatures of the summer. In these buildings made into the rock the temperature is always between 23 and 28 degrees.

This area is full of Opal mines you can visit, and if you’re so lucky to find some opal while you’re “noodling”, you can keep it and do whatever you want.

Few kilometres after Coober there is a zone with former salty lakes, now they’re all dry and they are just deserts of salt. One of the most attractive is the Lake Hart, which is close to a rest area with the same name.

You MUST have a fly net if you’re going there. From the Tropic of Capricorn to south they are millions, and it seems they don’t have nothing to do but flying around your head for the whole day.

When we were in Darwin we decided not to going straight to Adelaide, but doing a long detour when we were to get in South Australia, reaching Port Lincoln. We went there to dive in the cage and see the Great White Shark.

After 3 hours sailing on the rough sea and 2 bags of vomit, we arrived at Neptune Island spending there the entire day, diving in the cage, fishing and waiting for the sharks. Only one it came to us at the end of the day, but almost nobody was in the cage at that moment. Anyway I spent 285,00 AUD to vomit four times (two more when we came back to the land) and to don’t see any shark. They gave us a 50% discount each, for the next time. Me and L. sold the coupons in Melbourne.

After Port Lincoln we finally got to Adelaide. We stopped there for three days to recharge our batteries, and we were hosted by two strange musicians with AirBnb.

Adelaide is an European-like city, maybe the most “European” city in Australia. It has a famous University, the South Australia Museum (free entry) and the Botanic Gardens. The city is full of students from all over the World.

It’s literally surrounded by parks, which make a proper “green belt” around the Centre, called Parklands.

Around Adelaide there are few good wine regions and when we left the city we decided to visit a couple of wineries in MacLaren Vale (I suggest you to take a look, and try some wines, in the Chapel Hill winery), before going south to the famous Great Ocean Road in Victoria.

This 243 km long road starts near the border with South Australia and it finishes in Torquay, few kilometres before Melbourne.

The Ocean hits furiously the shore with its big waves since millions of years and, together with the wind, they made amazing landscapes and cliffs by erosion, now famous all over the world.

During our road trip we reached Port Nelson and Cape Bridgewater first, where you can see a rough shore and cliffs with the violence of the sea just in front of you. Maybe it’s been one of the best rocky coast I’ve ever seen.

Since when we reached the south coast the weather became more cold and we needed to buy some warmer clothes in a second hand shop. Remember this if you’re going there between April and August.

After Port Nelson we got to Port Fairy, with its nice lighthouse and in this area we saw for the first time the koalas. It’s not easy to spot them on their eucalyptus, but if you’re lucky – and quiet – you can see them.

The best point of the Great Ocean Road, for me, it’s been Loch & Gorge, a small beach closed on two sides by high cliffs and with a cave in the back side with stalagmites and stalactites. So, Mother Nature did not spare there.

One of the most famous Australian landmarks is on the Great Ocean and it’s called Twelve Apostles, which are limestone stacks just in front of the coast. Actually they’re not twelve, they’ve never been twelve, but the Apostles were twelve, so they gave this name to these stacks, to make it more attractive (before of that name they were known as Sow and Pigs). From the view point platform you can see seven of them, because a couple of stacks are collapsed in the recent years due to erosion of the ocean.

After leaving the coast we passed and we camped in a beautiful forest, we saw other koalas and “finally”, on 12nd of April 2016 we reached Melbourne, 43 days after I left Perth.

The first leg of the big Australian road trip, from Perth to Melbourne, was finished. And now I still think it’s been the best trip of my life.

Now I was going to face almost three months of work and “stability” in Melbourne.

CLICK HERE TO VIEW THE COMPLETE GALLERY OF THIS ROADTRIP!

The first song that remembers me those days driving in the outback, is this one. I suggest you to listen to it while you’re viewing the photogallery. 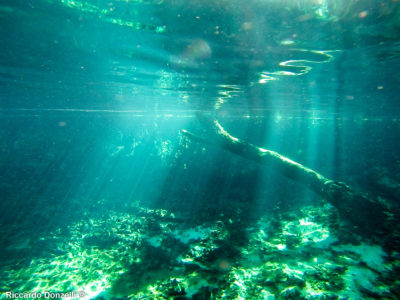 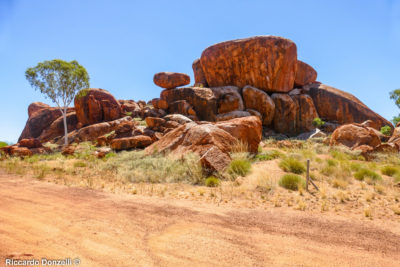 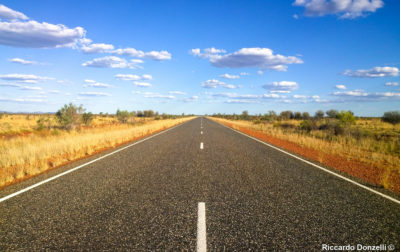 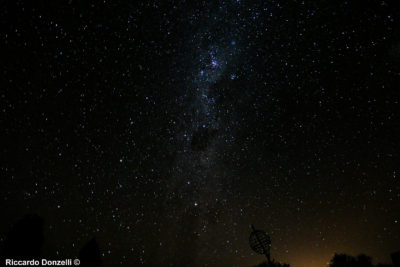 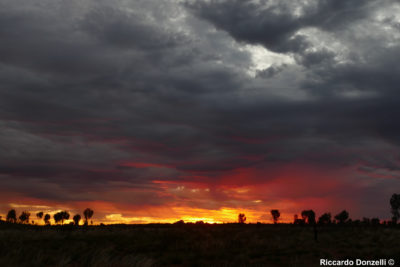 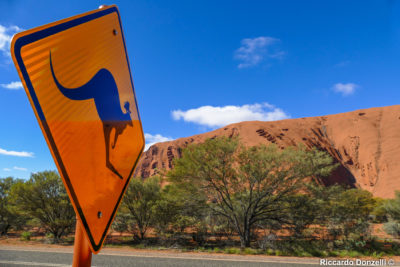 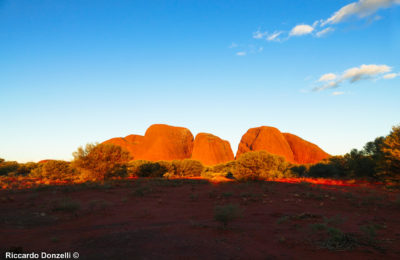 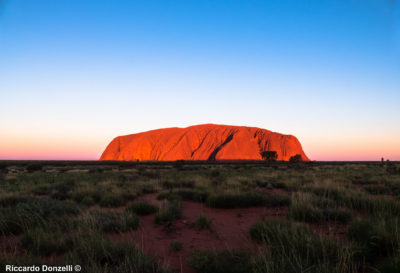 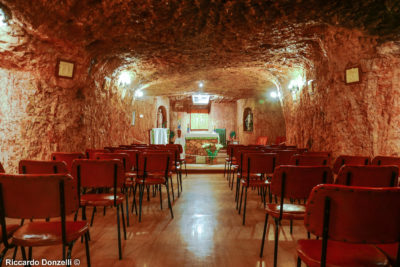 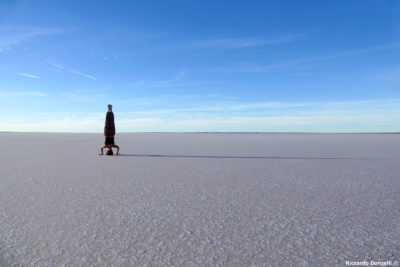 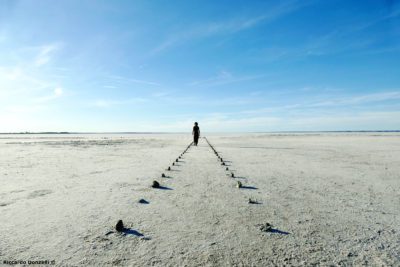 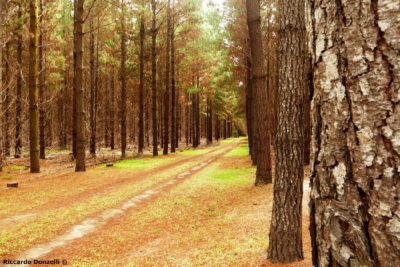 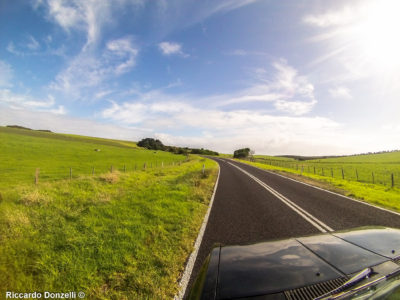 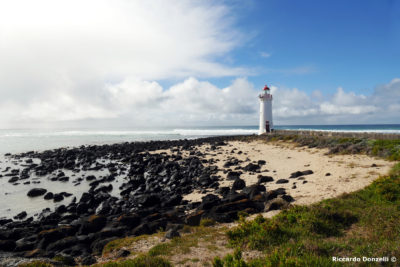 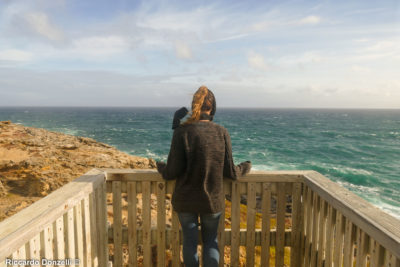 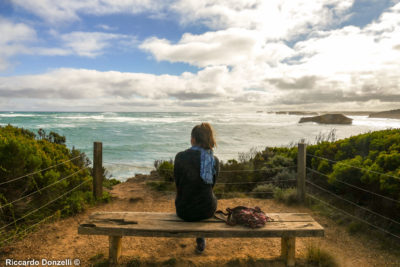 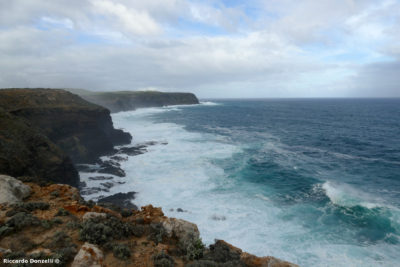 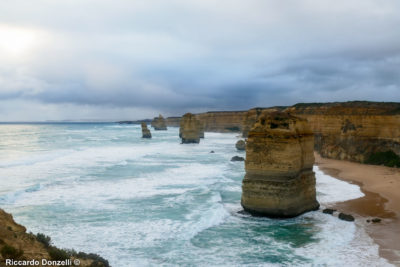