"A roadtrip in the desert is the journey par excellence"

On the 7th of March 2016 I picked up L. from the Perth Airport and we drove out of town to camp for the first night. It was her first night, but she got used in two hours.

The day after we started the roadtrip reaching the Pinnacle Desert. We got there when the sun was high in the sky, not the best moment of the day. It was really hot and the light so intense. The place it wasn’t so nice as we expected, but I’m sure that if you can get there during the sunset it should be amazing. Most of all try not to be there around midday.

After the desert we tried to reaching the ocean to eat on a lonely beach, but the car remained stuck in the sand! We were absolutely not used to the 4WD at the beginning. So we had to ask help on the main road and, a really nice Australian guy, helped us pulling out Betsy from the sand. He was too kind but unlucky, because to help us he broke his car (some part of the wheel), but he just said “No worries, I fix it! But say to your Italian friends that Australians are nice!”. So it is.

Anyway, we continued our trip to north.

On the second day we went to the hot Kalbarri National Park. It’s been like enter by ourselves in an oven full of flies. It was the beginning of March (end of summer), so the rivers were dry and we just did a short hiking and then we went up to the Natural Window, a hole in the rock face of a mountain in the park.

If your air conditioning works, the place worth a visit. If not, you can avoid it.

Inside the park there ain’t any petrol station, so we went to the small town of Kalbarri, on the coast, and then we continued to north.

That night, while we were sleeping in a rest area, a small mouse got into the car passing through the engine. We named him “Mr. Topo” (Mr. Mouse), and he stayed with us for few days living somewhere in the engine. For free.

The day after we reached Shark Bay. Being on the sea the weather became airy and less hot, and we did some snorkelling in this amazing spot, it really worth a visit.

In the Shark Bay there are many peninsulas and in one of them there is the town of Denham. It’s close to the Francis Peron National Park, which we tried to visit but the off road track was closed. Shame.

The main attraction of this area is Monkey Mia, a “resort” became famous because of its rich fauna and for the dolphins that every early morning come to the beach to get the food from the biologists of the Centre.

Obviously you can assist to this “show” and, if you ask in time, you can feed them as well.

In the Denham peninsula I suggest to stop at the Little Lagoon, a wonderful lagoon not too far from Denham. Probably you’ll need to reach Denham to get some petrol, so, why not?

Continuing drive to north we got to Coral Bay. Here the Indian Ocean is seriously amazing. Off shore of the Coral Bay peninsula, which includes Exmouth and the Cape Range National Park, you will find the Ningaloo Reef. It’s a marine park with a 250 km long reef, second only to the Great Barrier Reef in Queensland.

We stayed two days in Coral Bay and Exmouth and we did some snorkelling in Turquoise Bay. And the name says everything.

After we left the coast we went in the Kimberley Region. I mean, the fuckin-hot Kimberly Region.

Our destination was the Karijini National Park, full of natural pools and wild landscapes.

In the days we spent there we just met few cars and some road trains, but for the most of the time we were completely alone. It’s been unforgettable.

Karijini it’s been a bit disheartening. Due to the season, the most of the pools were dry and we spent the whole day driving in this desert park to get to another very beautiful pool (with water) of which I don’t know the name. I suggest you to get directly to the famous and amazing “Circular Pool”, because we arrived there too late, and you need a couple of hours of hiking to go down to the pool and then coming back.

After we didn’t see him for days, when we left the park Mr. Topo is came back inside the car, so he really lived somewhere in the car with us for days.

Anyway that night we were going crazy because of the heat and the insects. We could not sleep at all, so we decided to drive during the night to get to Port Hedland, on the coast. I recommend to don’t drive in the outback at night. It’s very dangerous because you can’t see almost anything in the desert. You can meet animals in the middle of the road, and you’re sure to meet those big road trains driving to the mines.

The day after we finally could have a shower and some relax when we arrived to Eighty Mile Beach. It is a white sand beach, 220 km long (140 miles). And we were there alone. I love Western Australia.

That night we reached Broome, and we decided to stop there for a couple of days in a real camping, to reset our spirit and tired bodies.

Broome is a small town, famous all over the world because of its Pearls. There is also a beautiful beach, Cable Beach, where you can see legendary sunsets and the famous “camels ride” (too sad and touristic, in my opinion).

If you’re going to visit Broome I suggest you to go to Gantheaume Point (at the southern end of Cable Beach): there is a lighthouse and, above all, a series of big red and orange rocks and cliffs, on which you can see dinosaur footprints, and the “angry” Ocean that beat them all day long.

Unfortunately from this point on, the sea is off-limits because of the presence of the dangerous Box Jellyfish and the Salty Crocodiles.

We spent two days camping, swimming in the pool, walking on the beach and seeing amazing sunsets, and then we started to drive again in the Australian outback to reach the Northern Territory.

After we left Broome, same story as before. We were driving completely alone for the most of the time, passing through beautiful valleys, deserts and landscapes. It seemed like someone had made this show just for us, someone who knows all the answers.

We got to Katherine and the Nitmiluk National Park, really nice. The Upper Pool (a natural pool) is just wonderful, and you can get there with a short hiking in the forest. The main natural pool was closed due to the presence of crocs.

When we left the park, our car battery decided to leave us. So we spent the night in a rest area we reached before the death of the battery and the day after, another Australian gentleman, helped us bringing me to a petrol station where I bought a new battery for Betsy. Around midday we finally arrived in Darwin!

We stayed in the city for four days to get some rest and just chilling in the town. We hoped to see the famous Markets in Mindil Beach, but they told us that the markets there are only between April and October (mark it down), so we only rested.

You can watch the complete gallery of this roadtrip here!

The main soundtrack in those weeks, was this one. 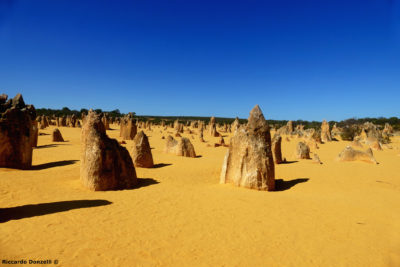 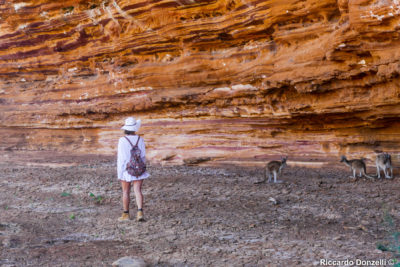 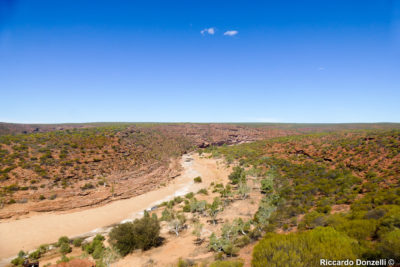 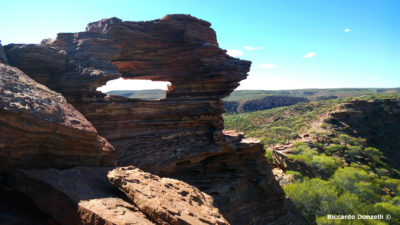 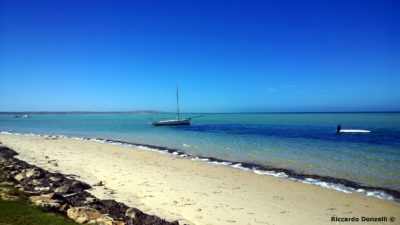 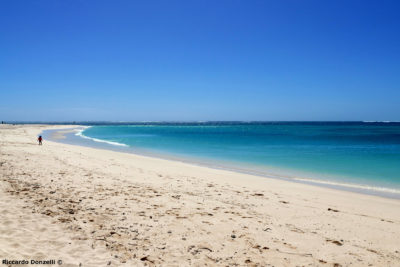 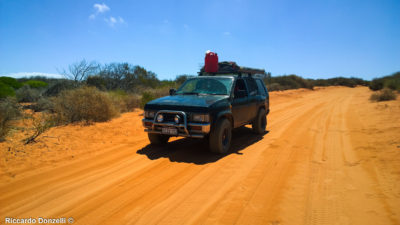 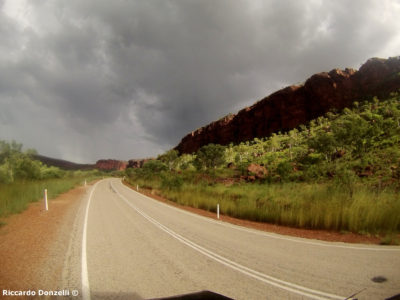 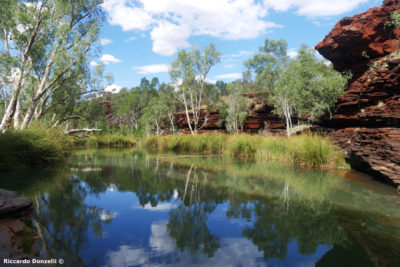 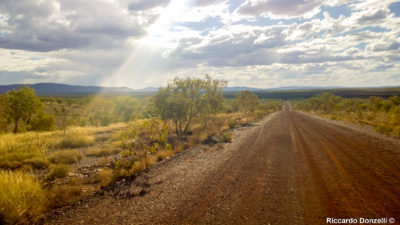 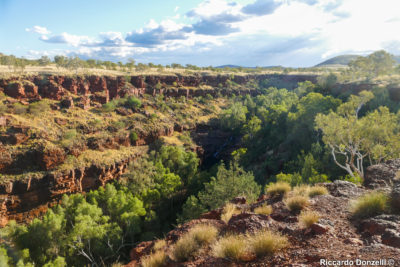 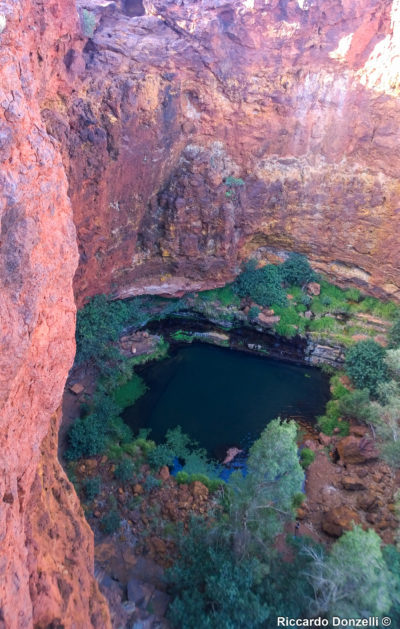 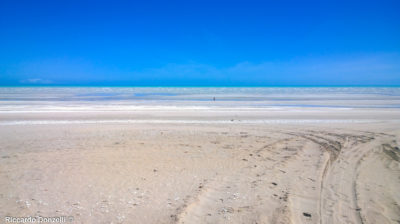 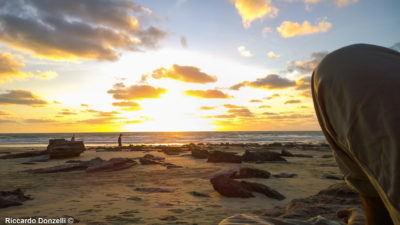 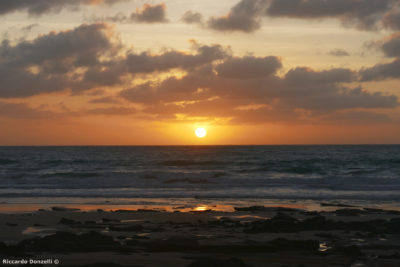 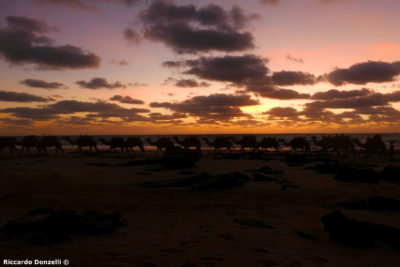