"I'm not traveling to escape, but to discover."

We left Sydney on the 4th of August to reach the Blue Mountains, a mountain range a couple of hours far from the city. The weather sucked and it welcomed us with fog and cold temperatures, unfortunately we just could see the famous Three Sisters at sunset, but then we had to come back to the hostel and fucking around.

The day after, heading north, we went to the beautiful and lonely Worimi National Park, with its huge sand dunes in front of the Ocean.

L and me we suddenly noticed the difference of the landscapes and the atmosphere between this East Coast, and our first roadtrip on the West Coast and the outback. On the East coast there’s a way more people, traffic, highways, cities.

I really missed the rest areas in the middle of nowhere, meeting few cars in the whole day and, in general, that feeling of freedom and carefree, and the sharing of a roadtrip like that only with a person who was became so intimate. These things will always keep that first magic roadtrip (Perth-Melbourne) in my heart, more than the East coast.

Anyway, continuing the trip to north the weather started to be more sunny (not always, the rain never really left us) and in Queensland we found a good sun and high temperatures, like a never ending spring.

The Byron Bay area is really nice, with wide beaches and tens of hippies and surfers who walk around for the entire day.

After that R fixed the van of our unlucky Swedish friend J (same people who travelled with us since Tasmania), we left Byron Bay and we went in the Springbrook National Park, perhaps the best place in the whole East coast roadtrip.

Springbrook is a real natural paradise, with forests, waterfalls, mountains and amazing landscapes, in the inland of Gold Coast. If you’re traveling in Queensland and you don’t go in Springbrook you’re committing a terrible shame; you can also camp inside the park for a ridiculous price.

Omitting the useless Surfers Paradise (useless unless you’re a surfer or a boor), we got to Brisbane, capital city of the Queensland, where we did just a quick visit.

There was a very hot climate and we were more attracted by the nature wonders of the Australia, so the day after we just moved to the Eungella National Park, famous for being the natural habitat of the weird platypus. 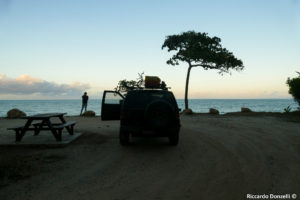 Visiting the East coast of Australia, the main attraction is with no doubts, the Pacific Ocean, with the amazing Great Barrier Reef, a World Heritage Site.

We had the first taste of this wonder when we went for two days on the Withsunday Islands, in particular at Whitehaven Beach, considered one of the ten most beautiful beaches in the world.

We camped there with a tent and a 20 litres water tank every two people (the guy who bring you to the island with the “dangerous” boat will give you the water), and our food.

Whitehaven is spectacular. The bad thing is that after 9 AM a lot of boats come to the island leaving tourists who stay there until sunset, ruining the “Cast Away” atmosphere.

Only after the sunset and ‘till morning you can stay there alone – like on a desert island – except for the other backpackers (anyway not more than 30 at a time) and some big curious lizards.

Unfortunately, due to the bad weather the day after they took us to another beach – Dugong Beach – on the other side of the island but, obviously, it was raining for the whole day and we did just a short hiking in the forest.

After the weary second day on Dugong Beach, we decided to move to the next step of the roadtrip and take some rest in Townsville, staying there for three nights. Finally we got a real kitchen, a real bed and a real bathroom. Nothing special in town.

Once we left Townsville we arrived in Cairns, and we stayed in the worst hostel I’ve ever been in my life. It’s called Asylum. It’s not just a party hostel, that is THE party hostel. It was too much dirty and loudy.

In Cairns our friend J decided to follow a German friend of him and continuing on the road to Darwin. So we remained in three. Three ‘Bergamaschi’ in Cairns.

We reloaded Betsy and we got back on the road, with R on the bed in the back because we had removed the seats in Perth.

The last stop of the roadtrip was Cooktown, reached after an unforgettable trip. We got to Cape Tribulation first and then through the forest on an off-road track for 30 km, the last real strength test for our old Nissan.

Just before getting to Cooktown, a bad thing happened. We were driving when we saw a little kangaroo close to the edge of the road, hit by a car few minutes before. Obviously we stopped there trying to help him. We managed to catch the scared animal with a blanket, and then L. kept him on her legs during the drive to the city, where we wanted to search for the ranger station and leave him to them.

Unfortunately just before reaching the town the kangaroo died. So when we’ve been sure about he wasn’t alive anymore, we decided to bring him back in the forest, just before the town, covering him with leaves and sand. We called him Mortimer. 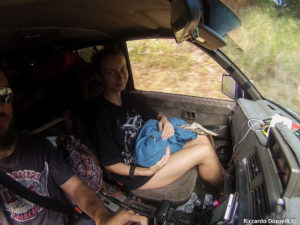 L. and Mortimer after the rescue.

Coming back to nicer things, in those last nights of camping we could admire the breathtaking sky of Queensland with the shining Milky Way above us.

Everything really nice, but we had to come back to Cairns to sell Betsy and catch the flight to Sidney.

We stayed two weeks in Cairns (in a different hostel), and during this time I realized one of my dreams, diving in the Great Barrier Reef; it’s dying and every year it’s more white, but it’s still amazing.

After travel with Betsy and living in it for 22.000 km, we sold it to two German girls who were going to start their roadtrip in the reverse way, reaching Perth.

The 10th of September we landed in Sydney and we stayed for three days at the Joel’s house, a guy who already hosted us when we were in Sydney more than a month before with Couchsurfing.

Joel is a young Australian military who worked in the hottest areas of the world (including Afghanistan) with his Explosive Detection Dogs Unit (I don’t know the proper name). He is one of the kindest person I’ve ever met in my life.

When we arrived at his home he was out for work but he already told us to come, so he just left us his home keys with a letter, pleasing us to enjoy his house for the time we needed it. Amazing.

I still have his letter.

Australia gave me a lot. An experience like the Working Holiday, should be “mandatory” for every boys and girls, after their diploma or graduation. Like a kind of “military service” for life, a way more useful than the National Service.

There’s no graduation or diploma that makes you grow up like a solitary experience abroad, in a far away country, learning a new language and managing how to solve problems alone everyday in different situations – good or not – with all the difficulties and the funs of the case.

My Australian Experience is finished here, and the nostalgia is always high even now, not less emotional than the time when the airplane left Sydney to take us away.

It’s been my very first time abroad alone for such a long period, and everything it happened to me, beautiful things and shitty things. I met a lot of people from all over the world and even from a few steps from home. Some of them let me an indelibly mark for the rest of my life and they’ll always be a part of it, at least inside me and my memories.

On the 13th of September we left Sydney heading to our new adventure: the Vietnam!

Click here to see the whole gallery of the road trip!

This and this were the most listened songs on those roads. 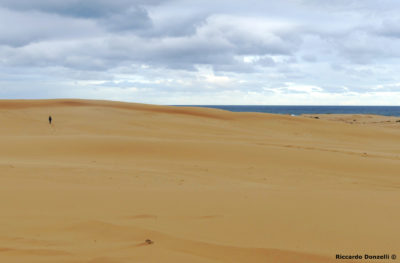 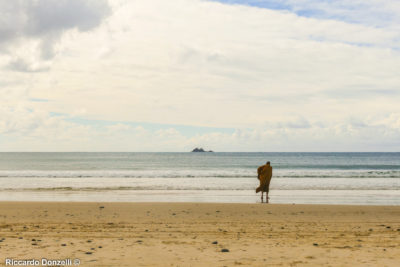 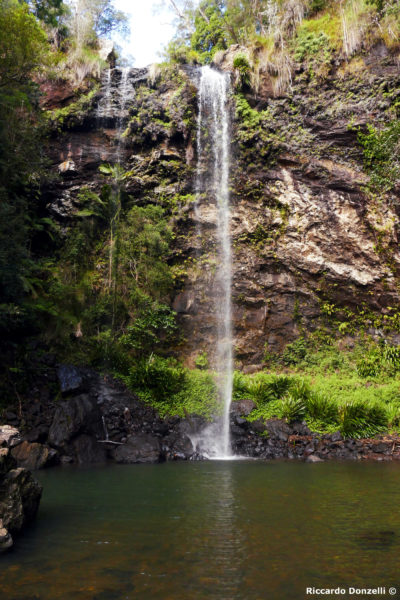 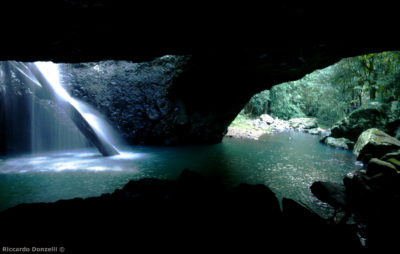 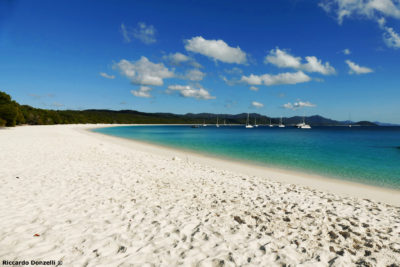 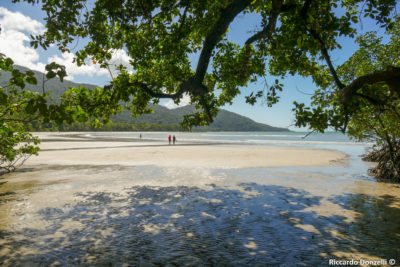 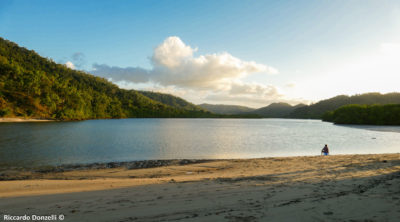 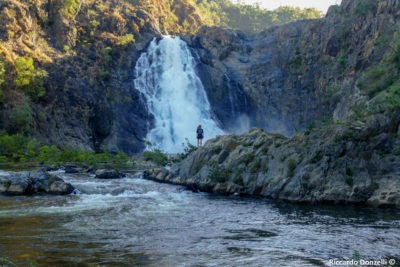 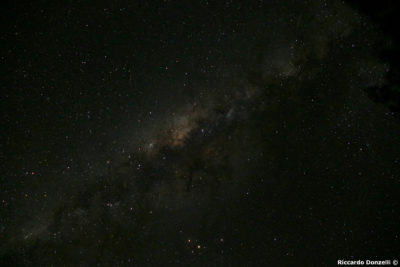 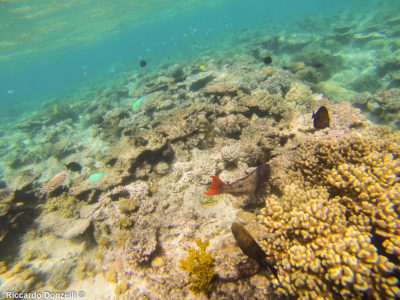