After two very uncomfortable flights from Sydney and Kuala Lumpur, we finally landed in Hanoi, Vietnam. First impact with Vietnam was scorching. Once we left the air conditioned airport, we received a punch from humidity and hot weather. They won’t abandon us in the whole month in Indochina.

We spent two days in the Vietnam’s capital city, shocked by the enormous amount of motorbikes and people, especially in the scenic Old Quarter (video). While we were wandering around the hot town we visited some pagodas and Buddhist temples . Despite of the communist leadership of the Country, the spiritual part of the Vietnamese people’s life is very important, either Buddhist or not, because first of all they are Asian, and their culture is full of this ancient spirituality.

I found the Ho Chi Minh’s bunker very interesting. This was the location from which the Vietcong leader led his army during the war against South Vietnam (and United States) during the 60s and 70s.

Walking around the city you can easily feel the soviet atmosphere, with its huge concrete buildings and the amount of militaries in their kaki suits and large rounded caps.

I also noticed the picturesque presence of French architecture, especially in the Old Quarter, due to the colonialism age of the beginning of the XX century in all the Indochina’s area. Although the coming of the communists and their concrete, luckily these buildings remained intact for the most.

In Asia, since our arrive, we had to face the famous rough sellers of every single shop in the town. They continue to try to sell you every kind of object of their shops at very inflated prices, just because you are a “western tourist”, so you are rich (they think).

But there is also a positive thing in those streets: the food. We heard about the famous Vietnamese street food, and I must confirm how delicious it is. From noodles to soups, from the rice to the fish or chicken and vegetables, meals are just amazing.

On the third day we took a bus to get to Ha Long Bay, an UNESCO World Heritage Site. The bay is very stunning, with its rocks and stacks appearing from the sea and the perennial mist.

Unfortunately there are also negative things. One of them it’s obvious in a world famous place like that: tourists. A lot of tourists, especially from Japan, with their cameras, selfie sticks, weird hats and screaming kids.

The other bad thing was the plastic. During the afternoon we could use kayaks to explore the bay by ourselves and, close to the beach of a small island, we found a lot of plastic bags, bottles and other rubbish, floating on the water. This is one of the main problems in the Far East, and it’s already visible in the cities, but it’s even worse when you see that in an amazing place like Ha Long Bay.

In the recent years many worldwide associations started to teach the importance of caring about the environment to these people in Indochina, but it will be a long way. I hope they can really do it.

After Ha Long we went to Ninh Binh, to visit the beautiful rice paddies on the Tam Coc River, and then, after a long journey on a night train, we finally got to Dong Hoi. In this town we took a very dangerous bus (video) that brought us in the Phong Na Ke Bang National Park, where we rented a couple of motorbikes and we drove around the park for the whole day. The most beautiful thing we saw there it’s been the Paradise Cave, a very huge cavern discovered few years ago by a British expedition. It looks like a natural cathedral, really breathtaking.

Once we left Dong Hoi with a sleeping bus, as usual, we reached Hue, where we visited the amazing Imperial Citadel, which is still complete intact. The day after we got to Hoi An, probably the most beautiful city I saw during this fast tour of Vietnam. This city is famous for its tailors and their silk and cotton suits. Here you can find a tailored suit for about 100 $, which is a very cheap price if you think that the same suit or dress it could cost you ten times that price back home.

In the Hoi An main street, along the river, there are many tailors shops where you can spend an entire day looking for a shirt or a jacket.

In Hoi An is also present a really nice food market with many street food makers. I suggest you to have a lunch at Mrs. Thu’s place, just after the entrance, on the right.

With another sleeping bus (a bus with single beds instead of the normal seats, that travel during the night) we reached Mui Ne, on the coast, to see the famous sand dunes. Both the red ones and the white ones.

We’d like to see both of the dunes but we had a “setback” with the local police (I explained this here), so we just admired the white sand dunes at sunset.

The day after we finally got to Ho Chi Minh City, former Saigon and former capital of South Vietnam. This city is the most western-type city of all, in Vietnam. The most of the people can speak English and it’s full of western shops and restaurants. Also the prices are higher, obviously. 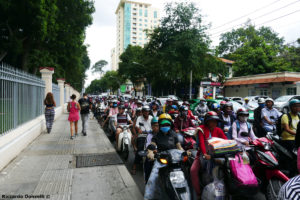 When I was there I thought that actually United States won the Vietnam War, although it’s not written in the history school books. Wandering around Saigon you can find Burger King, McDonald’s and Coca Cola sign at every corner, plus many others western brands, just close to Vietnamese flags and red flags with hammer and sickle.

HCMC was not so fascinating to me, but it’s normal because I don’t really like big metropolis, especially if they are so crowded and polluted like the Asiatic ones. The scorching weather – with temperatures around 35°C and 90% of humidity – were also a negative point to enjoy the city.

The day after we left the city to get to Can Tho, in the Mekong Delta area, about two hours from HCMC.

In Can Tho there were less tourists, and because of that, also the locals were more kind to us. I felt more humaneness. No one was running against us trying to sell us useless things, no one was trying to catch us in their restaurant. People were quiet and they were just thinking about their stuff, sometimes giving us only a quick look, even in the most poor and dirty streets.

After a funny bargain with a spirited old woman – which spoke a good English and French – about the price for a cruise on the Mekong, the morning after, at 4 AM, we got on the small wooden boat of her husband (I think) who took us on this boat trip on the Mekong Delta.

The old guy brought us to the famous Floating Markets (which are very nice) and then to an old rice noodle factory, almost hidden in the bushes, where they explained us – by signs, because nobody of them spoke English – how they make this famous pasta since the beginning of the process. It’s been a very interesting surprise.

A 6 hours cruise on the Mekong River should cost you around 5-7 $ per person. They usually start asking you 15 $. You have to negotiate.

The smiles and the kindness I saw in this last stop in Vietnam raised my morale, which was getting low after the decadence of their huge, polluted and crowded metropolis.

After we came back in Ho Chi Minh, we took few busses that brought us to the next leg of the trip: the Kingdom of Cambodia.

Click here to watch the entire photo gallery about Vietnam! 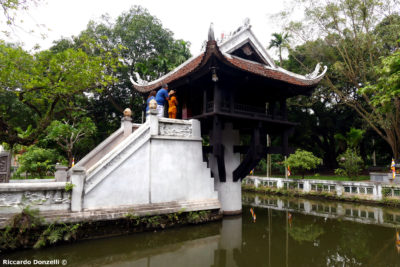 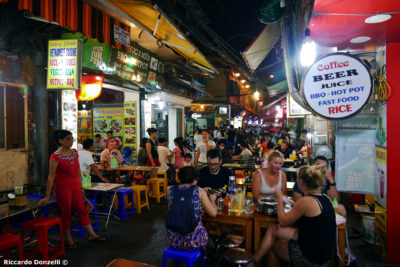 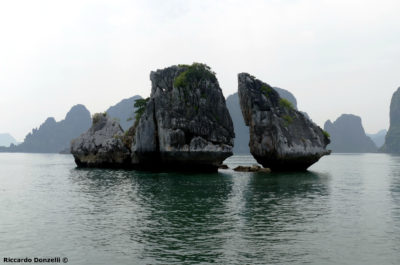 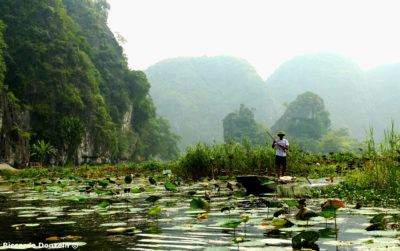 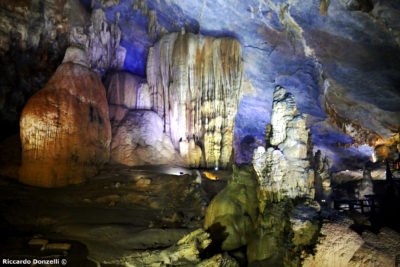 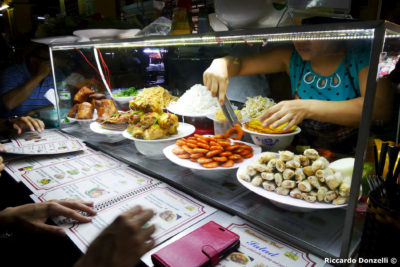 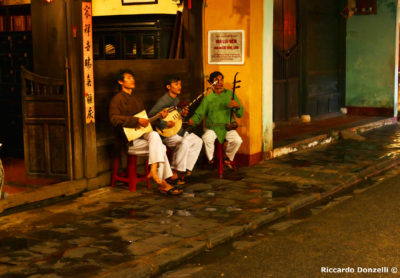 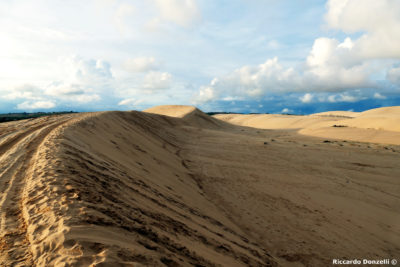 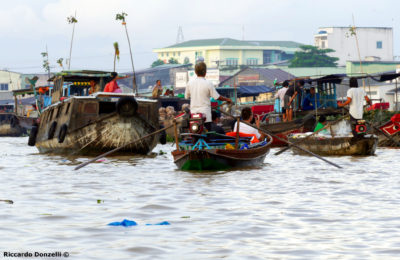 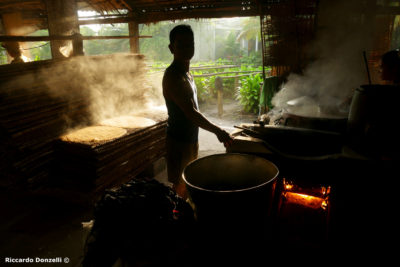