In Mui Ne (Vietnam) you will get a fine

It’s well-known that the human beings are greedy. And, unfortunately, in the less-developed countries it’s common to find people who try to sell you everything with inflated prices.

For example in the markets you will visit in Africa, Middle East, India, or in the other poor countries, you will always have to play the game of the bargain with the seller: you wanna buy a souvenir which values ‘10’, the seller asks you ‘100’, and then you will probably go out with that item paid ‘50’ (if you’re good at that game).

In the end there are corrupted cops.

In Vietnam it happened to us to find an entire squad of those cops in Mui Ne, a small town in the Province of Binh Thuan, about 200 km far from Ho Chi Minh.

Mui Ne is famous for its sand dunes, there are the red ones and the white ones, and they are amazing to see. You can climb them and, if you are not invested by the numerous dune buggies that climb the dunes roaring, you can admire a beautiful sunset from the top.

To get to those dunes we rented a couple of motorbikes at our hostel for 5 $/day. The hostel manager, smiling, told us that usually there are cops on the road to the dunes and he recommended us to be careful.

On the DT706 road that goes out of the village to the north – towards the White Sand Dunes – we found the roadblock where the cops stop every tourist on a scooter. 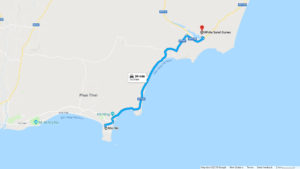 The roadblock is located about where you can see the Google distance sign on the map.

We were driving in four people on two scooters, we all wore a helmet, and those old scooters hardly go beyond 60 Km/h. However, the speedometer did not work.

The police stopped us and, without using any speed camera, they told us that we were traveling at 44 km/h, or 4 km/h over the allowed limit (which was not reported anywhere, we checked on the return). So they made us sit at a banquet at the side of the road and the chief of that nice brigade (all dressed in different uniforms), the only one who could speak English, told us that in addition to the speed limit I could not drive those scooters, because I did not have a driving license A.

In the meantime, Vietnamese families were passing behind us, some without a helmet, some in three on a motorbike, and all of them were driving at the same slow speed of us. Obviously none of these has been stopped.

The cop also threatened us by showing us some licenses of other backpackers from Europe, Germany, France, etc. to which they had withdrawn their license, guilty of not having paid the fine.

We paid the fine and the policeman let us go, despite my license still lacking the A. He just told us to go slower, this time.

On that road the limit is not 40 km/h, all other people drove faster, especially cars and buses. Our decrepit scooters, that struggled to make the climbs, could hardly go faster than 60 km/h and at that time we were not even at the maximum speed.

In the evening we searched on the internet and we found that other people reported the same problem. We then wrote an email to the Italian Consulate to report the thing and they told us that we did well to write to them, because in fact there was no evidence that attested to our excessive speed, and no speed cameras to measure it. The right thing to do, according to them, would be to be taken to the police station by the cops, make a call to the Consulate of your country, make them speak with the policeman and finally go out without paying anything, because in that moment they’re gonna let you go.

In conclusion, is it worth losing the day for 90 € split in four people? I don’t think so.

And this is also known by Mui Ne’s policemen, who stop dozens of “rich” western backpackers daily.

Unfortunately I do not think there is an alternative way to reach the White Sand Dunes from the town of Mui Ne. You can try to get a driving license A and then driving on 40 Km/h, wearing the helmet.

And they will find some other reason to fine you. 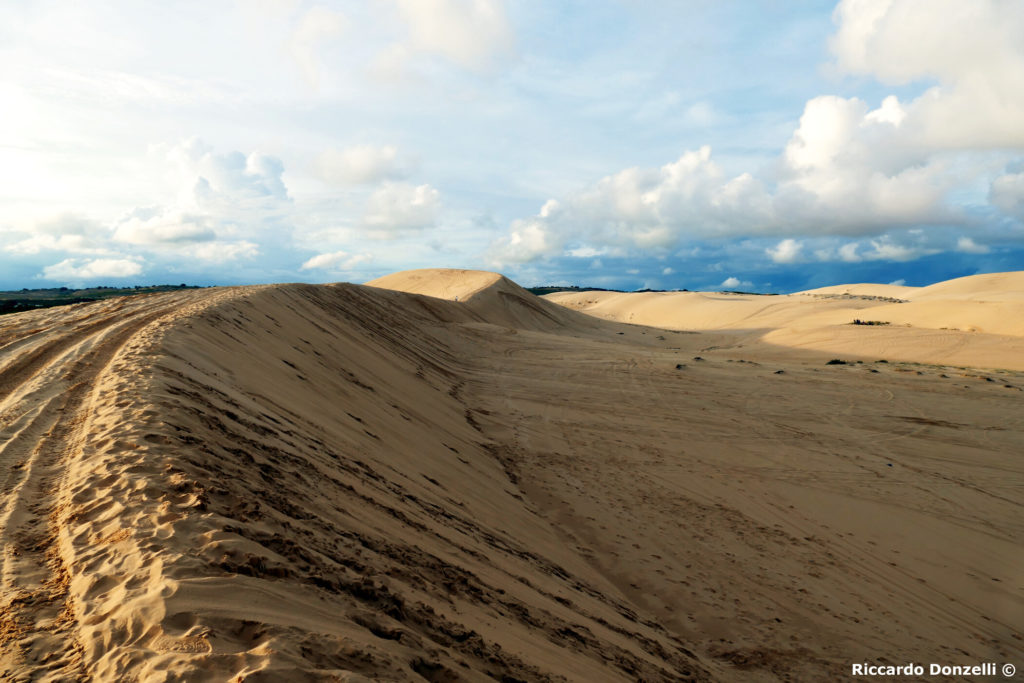